50 years of “Bringing the Past to the Present”

In 1971, two neighbors living in Rogers, Minnesota, rescued a thresher in the path of bulldozers working on Interstate 94. After 22 years resting in the same place, trees had grown through the steel wheels locking it in place. For many, it would have been an inconvenience with a direct path to the junkyard. Instead, Walter Dehn, Adrian Milless, and John Altenweg decided to restore it. A month later, the rescue mission turned restoration project became the seed of a new annual threshing show when the trio held the first annual Rogers Threshing Show on Walter Dehn’s farm with 80 attendees there all by word of mouth.

That same year in a nearby town across the river, Ralph Altenweg invited interested folks to the first ever meeting of the Anoka Engine Club on April 23, 1971. Dedicated to preserving and displaying historical equipment, seventeen members joined that first night.

During the coming years, the Anoka Engine Club would go to parades, county fairs, nursing homes, and threshing shows to display their members’ collections. The membership grew and by 1975 had 95 members.

In November of 1971, Walter Dehn attended a meeting of the Anoka Engine Club and invited them to display their collections at his show the following year. By 1974, the Rogers Threshing Show had grown to five thousand attendees and the Anoka Engine Club was fully invested in making the show an annual success. By 1980, the show was expanded from two days to three days to accommodate more guests. And so began a 50-year legacy of “Bringing the Past to the Present.”

But with all things, there has been change over the decades. The Anoka Engine Club incorporated in 1975 and in 1987 changed its name to the Roger’s Pioneer Power Association (RPPA). The Rogers Threshing Show continued in the place it began, Walter Dehn’s farm, until Walter died in 1992. Having only leased the property, the RPPA was confronted with its greatest challenge yet. With only two years to find land and move all the organization’s property, many questioned at the time if the show would end. Through hard work and a little luck, the RPPA met Mike Jenne who agreed to sell the group land to continue the show. And so between the 1993 and 1994 Rogers Threshing Shows, the RPPA moved all the buildings and equipment from Rogers to the small town of Nowthen, located 14 miles northeast of Rogers. Despite the short timeframe, no show was missed during this transition.

In recognition of the move and to avoid any confusion, in 1997 the organization again changed its name to the present Nowthen Historical Power Association (NHPA) and renamed the show the Nowthen Threshing Show. The show survived tough financial times and stressful days, but fifty years later, the show lives on.

Over the past five decades, NHPA’s membership has grown, and the work has continued. NHPA and its members have succeeded in rescuing many old buildings, engines, cars/trucks, and tractors and brought them to our show in Nowthen. Members have taught the next generation how to make egg coffee, use a wood stove, quilt, saw logs, start massive engines, thresh, blacksmith, use a printing press and so much more. Persons young and old can visit our showgrounds the third full weekend (Friday through Sunday) in August and step back in time.

Guests can explore the old schoolhouse NHPA restored so children can experience the one room schoolhouse. Live music can often be heard coming from the restored church during the festivities. An old gas station, print shop, general store, depot, and log house and barn were all moved from their original locations to be preserved. Some buildings have the uncanny history of having been moved first to Rogers, then to Nowthen in 1994. Children and adults can ride the miniature train or walk through the rows of small engines and tractors. Families can grab a bite to eat and explore the grounds for hours while learning everything from spinning yarn to rock crushing. And engines that once were shown only outside in 1972 on the back of a wagon now have a building to house them at the show.

Through partnerships with like-minded organizations, we bring more to the show than our organization could do alone. The Guild of Metalsmiths does live demonstrations daily highlighting the skills of blacksmiths. The Anoka County Historical Society helps staff and run the General Store sharing history of Anoka County. The Oliver Kelly Farm has brought oxen to the grounds to plow. A local chainsaw artist demonstrates his talents. Several community organizations help run our gates and sell food as vendors. And our connections with other shows around the state have created partnerships for training new members on lost skills and troubleshooting new issues. Together, we put on a three day show with many things to explore and learn. 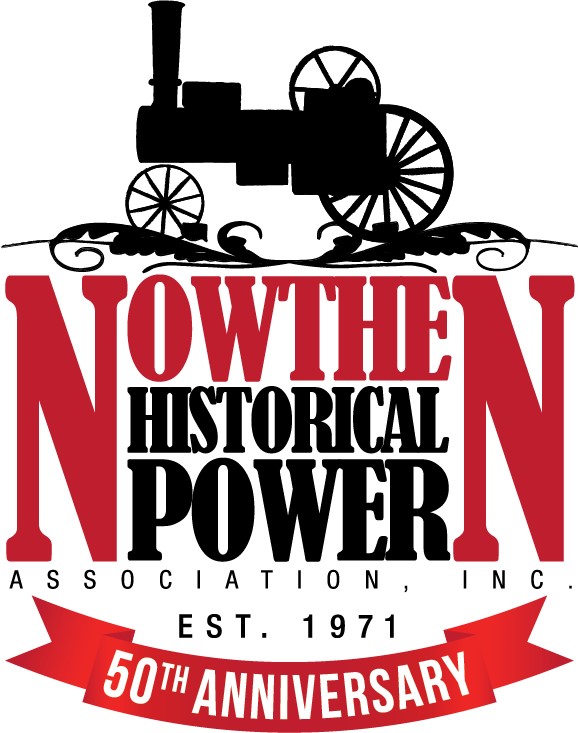 Each year the Nowthen Threshing Show has a feature brand, engine, or item on the grounds. Set to celebrate our own fifty year history for the 2020 feature, our organization held our annual banquet in early March of 2020 and discussed plans for the anniversary show. Two weeks later, Minnesota was on a Stay at Home Order and the plans screeched to a halt. Months of uncertainty followed, and the 2020 50th Anniversary show was ultimately cancelled due to the health risks. It seems fitting that despite the many challenges our organization has encountered and overcome, the one challenge we could not overcome was the SARS-CoV-2 pandemic. Our fifty-year anniversary would truly be a unique event, marking the first time our show was ever cancelled.

We look forward to welcoming guests back to the 50th Anniversary Nowthen Threshing Show on August 20, 21, and 22, 2021. Our showgrounds is located 40 miles northwest of the twin cities at 7415 Old Viking Blvd, Nowthen, MN. Learn more at www.nowthenthreshing.com or facebook.com/nowthenthreshing.